One minute you’re typing away on your vintage Underwood, smoking your Belmonts and blowing holes right through the elbow patches of your cardigan, and the next minute you’re banging your face against your typewriter so vigorously that you’ve got the letter J stuck in your eye socket and you don’t remember where you left your feet. 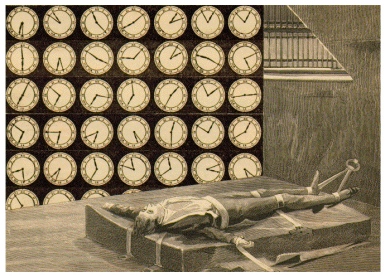 Writer’s block happens to all of us. It doesn’t mean that your story is bad or boring or headed in the wrong direction. It just means that you’re trying to write a book which is hard work and sometimes an extremely unpleasant thing to do.

When you’re writing a two-hundred or three-hundred or six-hundred page novel and trying to keep in mind where your characters came from, where you want them to be at the end of the book and how you’re going to get them there, a paralysis can take over making everything seem impossible.

When I get stuck on a scene or a story, one thing I like to do is pull out my gun and fill the page with bullets, that is, bullet points (see what I did there? – I know, sometimes I can’t believe people pay me to write either).

When I’m stuck, I ask myself, what is the very next thing my character will do? This doesn’t have to be something noteworthy or that will be added into the actual book. It’s just a personal check-in on the characters to keep them moving and to fight off that plot paralysis. For example, it’s just after the big fight scene between Molly and Andrew, Andrew has stormed off leaving Molly alone in her apartment. Now what? The entire story has been building up to this fight, but now that it’s happened, I have no idea where to go.

And so in bullet points after the fight I write:

Ok, great, but then what? How is this going to lead to her eventually healing from the emotional trauma of her childhood? – DON’T THINK ABOUT THAT YET. Stay focused on the immediate. Maybe Molly’s hungry, and so I write:

Obviously most of this stuff is boring and won’t end 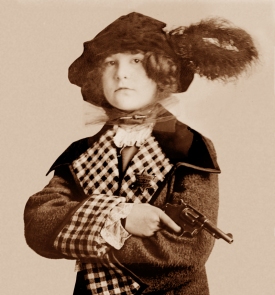 up in the final draft of the novel, but the point is to keep your character moving. Instead of getting frustrated and punching the life-sized crystal penguin figurine you keep on your writing table or staring at a blank page and muttering to yourself for the next four hours, take baby steps with your characters. Follow them through the mundane habits of their daily lives until they start doing something interesting.

I often write five to ten pages of points-form notes about my characters making chicken soup and looking for their slippers. Eventually I’ll find them organically doing something that’s actually worth writing about and furthers the plot and character development without me having to shoehorn in a plane crash or someone falling into a coma just to get the action going again. I’ll erase all the bullet points and pick up the story three days later when Molly finds herself shoplifting avocados at Whole Foods.

Writing is hard and it takes time. It’s okay if you can’t sit down and shit out a Pulitzer winner. Work hard, but don’t try to rush anything. Lots of people write books, and you can, too.

Go back on something you started and gave up on, it can be a story or even a one page exercise you kind of liked and then went in a weird direction. Make a few pages of bullet points following what the character does next and see if they lead you anywhere unexpected.

Try this technique with a tricky scene you’re working on. Start at the beginning of the scene and follow the character in point-form through their every action. Try to let the character guide you instead of pushing your character to serve the purpose of the scene. Do they do anything differently? Do they end up in a different place? They may surprise you.